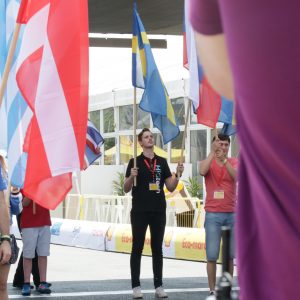 The media coverage of the ceremony was massive since it’s the official open ceremony of this great competition.
Every participating country had its representative carrying its country’s flag.
We had the honor to be the team to represent Sweden during this ceremony.